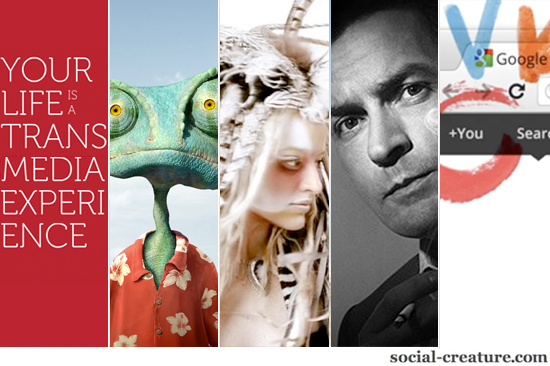 If you’re just joining us, here are the top 5 things that happened here this year:

1. Your Life Is A Transmedia Experience — Now With Pictures!
Transmedia is a fancy word for a simple concept: telling stories across multiple platforms. In the digital age, transmedia isn’t just how we experience entertainment narratives, however, it’s how we tell the story of our lives. “Your Life Is A Transmedia Exprience,” a slide-show originally created for a panel discussion I led at the MITx FutureM conference in Boston, has become my most popular piece to date, racking up 36,000 views and making it onto the SlideShare homepage. (Note to self: make more slideshows.)

2. Most Bizarre Reference For a Kids Movie, Ever
The same cactuses in the background, the same bug-eyed characters in Hawaiian shirts with grimacy mouths, psychedelically twisty necks, and massively disproportionate heads bobbling on top — the posters for 1998’s Fear and Loathing in Las Vegas, and 2011’s Rango, both starring Johnny Depp, bore some uncanny similarities. Not accidentally. TheWrap.com called this analysis, “keenly observant.”

3. Why You’re Wearing Feathers Right Now
This summer feathers had become a staple of every sartorial and tonsorial aspect imaginable. America was experiencing a feather shortage. The situation was getting so dire, the American Fly Fishing Trade Association was lobbying lawmakers about conservation. What’s the story behind the plumage ubiquity? I argued it was tied to the rise of the circus subculture. Alt culture mag, Coilhouse, called my history of the feather underground, “A deft mix of memoir and cultural node mapping.”

4. Charlie Sheen Is Not Crazy
Well, he probably is, but not just the way you think. This year Charlie Sheen became part of a post-Empire continuum exposing the now inherent unreliability of the markers we’d previously depended on to tell the difference between what’s real and what isn’t. In some ways it’s as basic as the shift from the 20th century to the 21st; from analog to digital, from binary to exponential complexity. Reality and not reality exist in the same plane now. It’s enough to make you go crazy. Unless you’re Charlie Sheen. In which case, you simply are as your world is.

5. Google+: Bringing Context Back
Relationships are all about context, but for Facebook that nuance has never quite made sense. Google+, with its aim to “make sharing on the web feel like sharing in real life,” seemed, at least back in the summer anyway, squarely poised to fill that gap. Admittedly, not my most accurate of predictions, but still the 5th most popular Social-Creature post of 2011.

Thanks for reading! See you next year!!