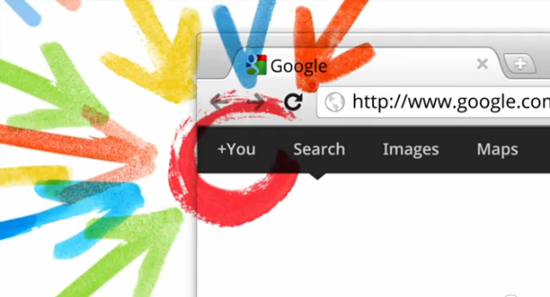 When I was producing music festivals and nightlife events, Facebook changed its membership policy, opening up beyond just the collegiate community. Hundreds of people I didn’t know requested to add me as a friend. At first I balked at the idea of letting complete strangers into a space that had previously been the walled-garden escape from the mess Myspace had already become. Ultimately, however, I came to terms with the benefits of accepting friend requests from potential ticket buyers. Facebook became a sort of digital Grand Central Station that friends, colleagues, business acquaintances, vendors hawking their wares, strangers I couldn’t pick out of a lineup, and the inevitable crazy person talking to himself, all loudly traversed on their daily commutes through my online social world. It was really fucking noisy.

Then, at the end of 2007, Facebook introduced a feature to specifically address this noise issue, as they wrote on the Facebook blog:

Today Facebook lets us connect and communicate with people that we are connected to in all kinds of ways — friends from school, family members, long-lost high school sweethearts of yesteryear, and weird people. They’re all here.

This all begs the question… what does being friends with someone on Facebook mean today? We pondered this for a while, and then decided that there just wasn’t any single right answer.

So instead, we’ve built and launched Friend Lists. The new Friends page lets you create named lists of friends that you can use to organize your relationships whichever way works best for you. These private lists can be used to message people, send group or event invitations, and to filter updates from certain groups of friends.

Pretty much everyone I am connected to on Facebook has been assigned to one list or another depending on the context of the connection. In a previous incarnation, Facebook offered the option of setting a specific list feed to be the homepage view instead of the default friend feed. Later that option was removed, so I’ve created a workaround to simulate the functionality: I have the URL for my preferred Friend List set as a bookmark on my browser toolbar and when I want to go to Facebook, I just click the bookmarked link. Typing “facebook.com” into the address bar hasn’t been the way I access Facebook for years.

So when I heard that Google+, the web giant’s just-launched social network, was based on grouping connections into “Circles,” I was instantly curious. Ever since Friendster first appeared almost a decade ago, there have been certain disparities between being social online and being social offline that we have come to accept. We’ve become so accustomed to these differences, we hardly even recognize they ever seemed unfamiliar. The fetishistic, collectible-card type quality to online “friend acquisition,” for example. This is not at all how we understand the process of  “making friends” to work offline — aside from high school, maybe. Online we have learned, sometimes the hard way, that what we do and say is “public by default,” private with effort, the direct opposite of how it works in the analog world. And we have come to accept, despite the paralyzing plethora of privacy options Facebook offers, that we can’t expect control over social context. Online we are in all contexts at once. Friends from school, family members, long-lost high school sweethearts of yesteryear, and weird people, as Facebook lists them, are not only all here, but who we are within each of these different social groups, our identities in each of their different contexts, all exist simultaneously. Online, we are contextless by default.

But what if online sharing worked more like your real-life relationships? That’s the question posed in the video introducing the Google+ Circles feature:

Of course, it’s not a new idea. As I mentioned, this is a functionality Facebook has offered for years. It’s just that the platform has never really cared about it. As Mark Zukerberg, Facebook’s founder, inisisted in a 2009 interview: “You have one identity. Having two identities for yourself is an example of a lack of integrity. The days of you having a different image for your work friends or co-workers and for the other people you know are probably coming to an end pretty quickly.” For Facebook, Lists are literally an add-on feature. For Google+, however, Circles appear to indicate an understanding that context is as important as connection.

In physical space, we are constantly adjusting our behavior to the demands of different social contexts. It’s second nature, literally. In his paper, “Cross-Cultural Code-Switching: The Psychological Challenges Of Adapting Behavior In Foreign Cultural Interactions,” Brandeis University Professor, Andrew Molinsky, offers these examples:

Consider the case of an Iranian business-woman shaking hands with her Western male counterparts. In Iranian culture, shaking hands with a male colleague is neither customary nor appropriate. This situation entails behavior that is unfamiliar and also in conflict with deeply ingrained cultural values.

[Or] consider the case of a Chinese student attempting to participate in an American MBA classroom discussion. The norms for appropriate behavior within this setting in the United States encourage and require students to express themselves, as well as reward them, even when their opinions are controversial or conflict with those of another student or even with the professor. Norms for classroom participation in China are quite different. Having been socialized to respect the “wisdom, knowledge, and expertise of parents, teachers, and trainers,” Chinese students are discouraged from voicing personal opinions in class discussion. American norms for classroom participation, therefore, are quite discrepant from Chinese norms for the same situation; these norms demand a significantly different type of behavior than what the typical Chinese student is used to.

Cross-cultural code-switching is the act of purposefully modifying one’s behavior in an interaction in a foreign setting in order to accommodate different cultural norms for appropriate behavior.

But the setting doesn’t have to be as foreign as you think. For immigrants, or anyone of mixed racial or cultural heritage whose identity is inextricably linked to different communities, code-switching is an inherent part of navigating everyday life. To children of divorced parents this will likely sound familiar as well. We actively modulate our behavior even among the closest people in our lives. In writing about the tactics we use to maintain context control while engaging in a public online space like Facebook, social media researcher danah boyd describes “social steganography,” a practice of creating messages that communicate different meanings to different audiences simultaneously:

When Carmen broke up with her boyfriend, she “wasn’t in the happiest state.” The breakup happened while she was on a school trip and her mother was already nervous. Initially, Carmen was going to mark the breakup with lyrics from a song that she had been listening to, but then she realized that the lyrics were quite depressing and worried that if her mom read them, she’d “have a heart attack and think that something is wrong.” She decided not to post the lyrics. Instead, she posted lyrics from Monty Python’s “Always Look on the Bright Side of Life.” This strategy was effective. Her mother wrote her a note saying that she seemed happy which made her laugh. But her closest friends knew that this song appears in the movie when the characters are about to be killed. They reached out to her immediately to see how she was really feeling.

“We used to live in a world where space dictated context,” danah writes, “This is no longer the case. Digital technologies collapse social contexts all the time. The key to figuring out boundaries in a digital era is to focus on people, roles, relationships, and expectations.”

Relationships are all about context, but for Facebook, this nuance is something that has never quite made sense. All along, Facebook has staked its claim not by adapting to existing social behavior, but rather by insisting that we adapt to the behavior the platform defines for us. As Zuckerberg said in a TechCrunch interview last year, in regards to the assertion that privacy is dead, “We decided that these would be the social norms now and we just went for it.” As far as the platform is concerned, managing contexts is a nuisance for the user. With every “privacy” violation, what Facebook has actually been attempting to do is outsource managing context to software; to switch code-switching with code. At this point we’ve become so accustomed to the inevitable, resulting intrusion we don’t even make too much of a stink about it anymore. Case in point: Facebook’s new facial recognition functionality — which automates the photo-tagging process by suggesting the names of friends who appear in newly uploaded photos — has caused less of fuss for how uber-fucking-creepy it is, than….. wait, what was the previous fuss about? I forget already.

Facebook’s helpful way of nudging us towards this manifest, post-identity complexity destiny is to devise ever more features to destroy our control over social context. This has created a gap which Google+, with its aim to “make sharing on the web feel like sharing in real life,” seems squarely poised to fill. Not that Circles will be the panacea for online context collapse, but this is the first attempt by a mainstream web property to directly address this disparity between the online and offline social experiences, and offer a way to bring context back to our contacts.