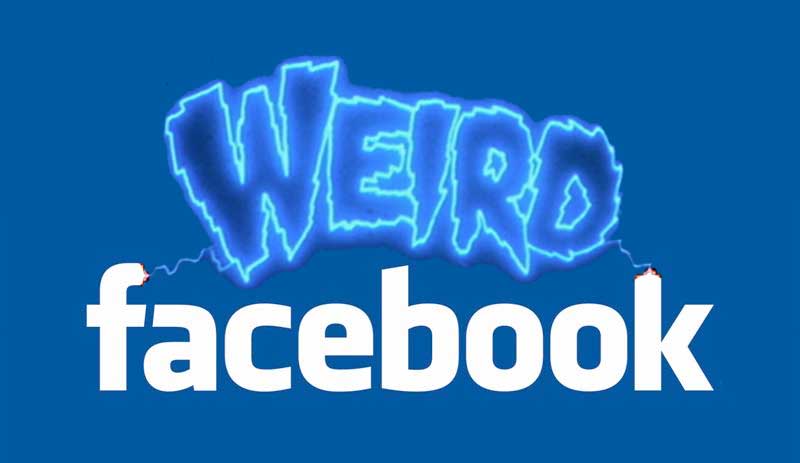 Remember a time when it seemed like the power of the new technologies suddenly at our fingertips was limitless? When lasers and floppy disks and modems were cutting-edge, and a whole slew of movies which took on the subject matter insisted that teenagers, especially, were capable of using these incomprehensible, futuristic phenomena to do things no one could even imagine? There’s 1982’s Tron, in which Jeff Bridges is a computer genius who hacks into an evil video game corporation and gets zapped inside the computer world, where he’s forced to participate in gladiatorial games; 1983’s War Games, in which Matthew Broderick is a high school kid who nearly starts World War III by hacking into a military computer; 1985’s Real Genius, in which Val Kilmer is a brilliant teenager who develops a laser for a class project and then has to stop it from being used as a government weapon, and another 1985 flick, John Hughes’s Weird Science, in which Anthony Michael Hall and Ilan Mitchell-Smith are two geeks desperately seeking popularity, who use a Memotech MTX 512 to create their ticket to the in-crowd: the perfect woman. 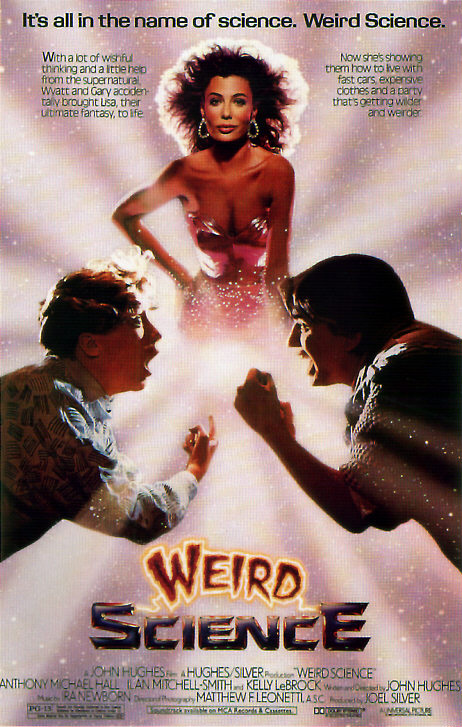 The consistent, underlying premise of all these movies was that technology is a new, unexplored frontier, and no one could really say for sure what it could — or couldn’t — do. There was the pervading sense that the new wave of personal computing had put the power to create monsters right at teenagers’ fingertips.

Now, the Internet, iPhones, the rise of “digital natives,” and nearly 30 years later, it seems our conception of the unpredictability of new technology still hasn’t really changed all that much, and neither has the sense that, inevitably, teenage geeks will use it to create preposterous monsters. Case in point: The Social Network.

The movie is based on Ben Mezrich’s book, The Accidental Billionaires: The Founding Of Facebook, A Tale of Sex, Money, Genius, and Betrayal. In an interview on Amazon.com, Mezrich describes how the origin of the world’s largest social networking site (if Facebook were a country, it’d be the third most populous, just after China and India) began with a typically adolescent prank:

Facemash is really where it all started. It was late at night. Mark was having a few drinks….He was a master hacker and he hacked into all of the computers at Harvard and took all of the pictures of all the girls on campus and created a “hot or not” website where you could judge which was the hottest girl at Harvard. And this ended up [getting] 20,000 hits in about an hour. It froze the computer systems at Harvard. And he nearly got kicked out of school. That really was the genesis of Facebook, because for the next couple of days he thought about it, and thought, you know, “What if girls could put their own pictures up, and then we’d go and say ‘Hi’ to them, or whatever,” and that’s where Facebook started.

If this story sounds familiar it’s because you’ve seen it before. 25 years before, in fact, as Gary and Wyatt hack into the Pentagon mainframe, create a computer program that synthesizes images, “input” a bunch of photos of girls, and the result is a runaway creation that takes on a life of its own and very quickly alters the course of its creators’ lives as well.

Cut to 2010, and the question in the Oingo Boingo song, “Weird Science,” which asks, “It’s my creation; is it real?” is no longer rhetorical. Computers are no longer the premise for teen science-fantasy farce, they are serious business.

Now, back to Mezrich, discussing his book on MSNBC:

It is about nerds. The kids who founded it — Mark Zuckerberg and his friend — were geeky, gawky kids, who were essentially trying to get laid…. And basically, these genius kids created the next generation in technology while trying to become part of the in-crowd.

Now, look at Gary and Wyatt: 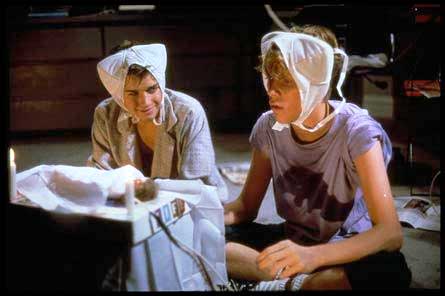 Now, back to The Social Network:

In 1985, the most incredible thing anyone could conceive of a teenager creating on his computer was a woman. In 2010, it’s a billion-dollar company.

Though much of the history of Facebook is well documented, some of it in blog posts by Zuckerberg himself, the thing to keep in mind in the course of Mezrich’s book, and The Social Network movie, written by Aaron Sorkin, is that while many of the backstory’s supporting cast were interviewed, and directly participated in the recounting of this sordid tale of “sex, money, genius, and betrayal” that Facebook apparently is, the main character, Mark Zuckerberg, very deliberately, declined to be involved in any way. Mezrich himself freely acknowledges that it’s perfectly Zuckerberg’s right not to speak to someone that he doesn’t know, and, in the end, what really happened in some of the scenes he wrote in the story, only Mark really knows. Inevitably, some creative liberties had to be taken in the process of creating a book, and then a film, so, who’s to say where history ends and the weird science begins? Either way, we’re still telling the same story three decades later.

In related news, there’s a Real Genius remake currently in the works, and a 3D sequel to Tron coming out this December. 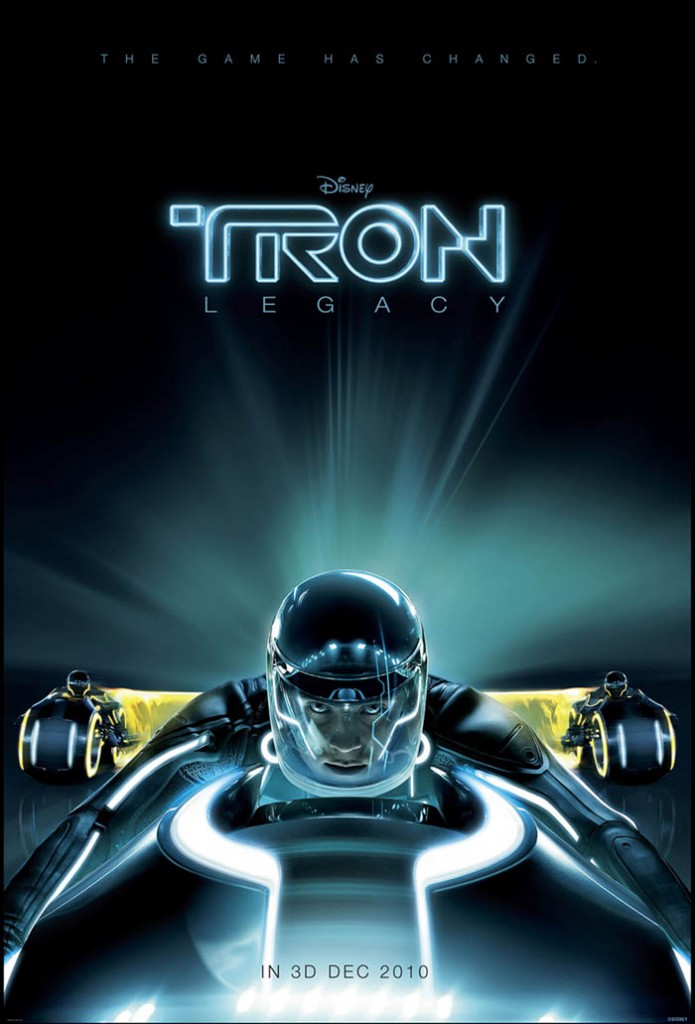 The tagline insists, “The Game Has Changed,” but you know what?