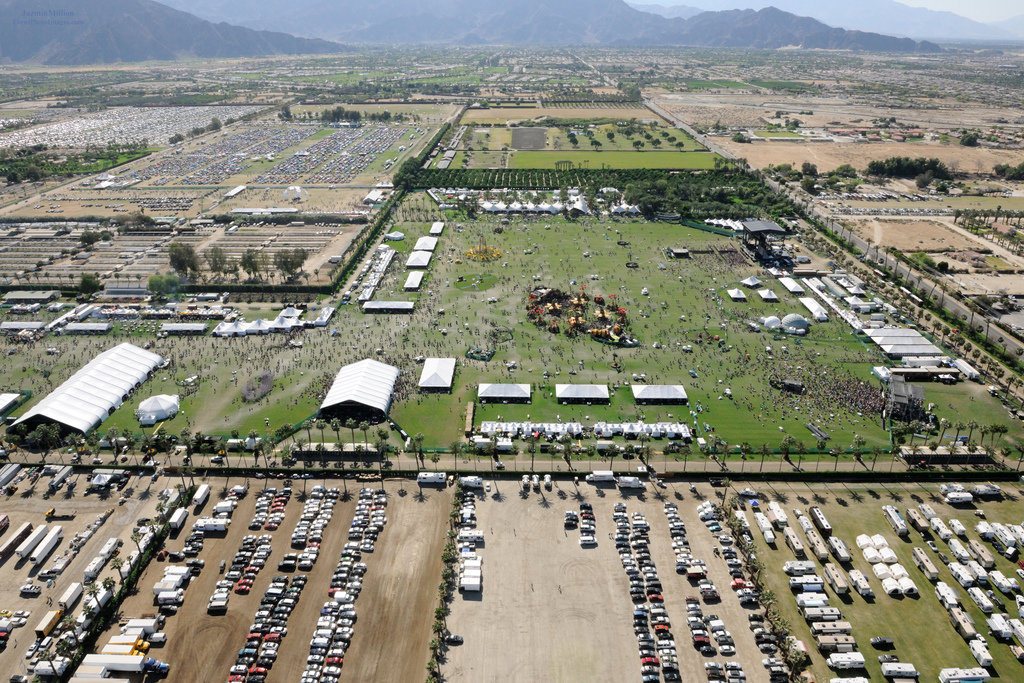 “God is alone — but the devil, he is far from being alone; he sees a great deal of company;
he is legion.”
– Henry David Thoreau, “Solitude,” Walden, 1854

Standing on the field at Coachella 2008, the endless noise and heat like physical things pushing and shoving in a mosh pit, the blast clouds of music spilling out from monolithic stacks of speakers across four hundred acres, the polo field crawling like an ant-farm with a hundred thousand bodies, it suddenly occurred to me that the only historical precedent for this sort of massive concentration of people and resources and infrastructure in one place at one time had to have been… war.

I’d only slept a few hours the previous night, been up since early enough to hear Prince’s sound-check as the score to the start of my workday, and looking through the 100+ degree Palm Sprigs haze that afternoon under the sweltering sky, I imagined ancient Greek or Roman or Macedonian battlegrounds and thought they might not have looked too different. 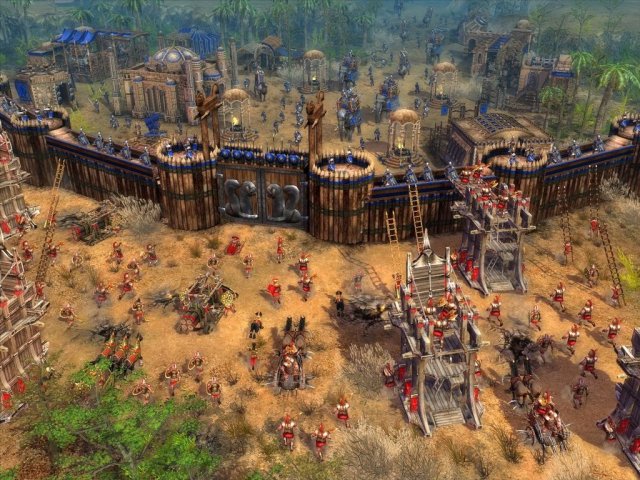 In college I’d started throwing raves; at the turn of the millennium I was part of the promotions team at New York’s iconic Lunatarium, a 20-thousand square foot warehouse space in DUMBO dubbed “the studio 54 of the moveon.org crowd” by the New York Times; by the mid-aughties I’d been the Online marketing Coordinator for House of Blues Concerts in Southern California, led the social media strategy for Live Nation’s Street Scene Music Festival in San Diego, consulted on web strategy for the Bonnaroo Festival in Tennessee, and at the moment of that heat-stroked revelation on the Empire Polo Field was the Marketing Director for an independent event creations company which, in addition to Coachella, that summer would also work with the Rothbury Music Festival in Michigan, Optimus Alive Festival in Portugal, All Points West Festival in New York, the Virgin Music Festival in Baltimore, Electric Picnic in Ireland, and finish off the season with a stint at Burning Man.

Needless to say, this wild proliferation and growth of massive music festivals over the past decade was something I’d noticed. Yet at the same time that I was in the front row seat at the concert industry, my career also overlapped with the ascension of social technology. At the time, already anachronistic phrases like “new media,” and “electronic marketing” were still being tossed about to describe my inevitable department. Just the year before, at SXSW Interactive 2007, when Myspace was still king of the web and Facebook was just a college dorm and the newly-launched Twitter was yet to be anything but the geeks’ private playground, there were still panels called things like, “Why Marketers Need To Work With ‘People Media’“. Hard to imagine now that just a few years ago the term “Social Media” had barely entered the mainstream marketing lexicon. Witnessing the rise in demand for massive music festival experiences and the mass adoption of digital and social technologies, it occurred to me that these two seemingly disparate forces were not only gaining traction in tandem, they were, in fact, both part of a far lager and more meaningful societal shift.

“Mass Mingling” is what trendwatching.com called it, one of their “10 Crucial Consumer Trends For 2010:”

More people than ever will be living large parts of their lives online in 2010. Yet, those same people will also mingle, meet up, and congregate more often with other ‘warm bodies’ in the offline world. In fact, social media and mobile communications are fueling a MASS MINGLING that defies virtually every cliché about diminished human interaction in our ‘online era’.

So, forget (for now) a future in which the majority of consumers lose themselves in virtual worlds. Ironically the same technology that was once seen to be—and condemned for—turning entire generations into homebound gaming zombies and avatars, is now deployed to get people out of their homes.

Basically, the more people can get their hands on the right info, at home and on the go; the more they date and network and twitter and socialize online, the more likely they are to eventually meet up with friends and followers in the real world. Why? Because people actually enjoy interacting with other warm bodies, and will do so forever.

At SXSW Interactive 2010, convincing marketers that they need social media would have been about as necessary as convincing them they live on a round planet. Attendance for Interactive grew by 40% in the past year alone, and for the first time surpassed that of both the film and music portions of the festival. This year, the hot new thing getting everyone’s panties in a twist was location-based social technologies like Foursquare and G0walla, which add a real-time, real-place dimension to social media. You’re not just keeping up with your friends’ status updates or photo uploads anymore, you’re now actually aware of where they are in relation to you geographically — and perhaps it’s at the bar next door, which you may never have known otherwise, but now that you do, you can all meet up. Much of the appeal of these new location-based social applications is the alleviation — or perhaps the compulsive exacerbation — of FOMO (“fear of missing out”) on ever more potential social opportunities.

But what’s interesting to me in all this isn’t that, social creatures such as we are, we’re using yet more new technology to enable evolutionary imperatives — so, we’re using new gadgets to scratch the itch of 200,000-year-old human desires, and this is a new trend for 2010 why? — but rather that, much like music festivals themselves, our new social experiences seem to be happening at a consistently unprecedented scale. We are no longer content to have social experiences, we want bigger, faster, louder, immediate, MASSIVE social experiences. The kind of resources that thousands of years ago would have been summoned for the purpose of defending an empire, and decades ago for a singular moment in the Summer of Love, are now routinely assembled every weekend of the annual music festival season that is summer.

In his essay in The Chronicle of Higher Education entitled “The End of Solitude,” former Yale professor William Deresiewicz writes:

Technology is taking away our privacy and our concentration, but it is also taking away our ability to be alone. Though I shouldn’t say taking away. We are doing this to ourselves; we are discarding these riches as fast as we can. I was told by one of her older relatives that a teenager I know had sent 3,000 text messages one recent month. That’s 100 a day, or about one every 10 waking minutes, morning, noon, and night, weekdays and weekends, class time, lunch time, homework time, and toothbrushing time. So on average, she’s never alone for more than 10 minutes at once. Which means, she’s never alone.

I once asked my students about the place that solitude has in their lives. One of them admitted that she finds the prospect of being alone so unsettling that she’ll sit with a friend even when she has a paper to write. Another said, why would anyone want to be alone?

There is an analogy, it seems to me, with the previous generation’s experience of boredom. The two emotions, loneliness and boredom, are closely allied. They are also both characteristically modern. The Oxford English Dictionary’s earliest citations of either word, at least in the contemporary sense, date from the 19th century. But the great age of boredom, I believe, came in with television, precisely because television was designed to palliate that feeling. Boredom is not a necessary consequence of having nothing to do, it is only the negative experience of that state. Television, by obviating the need to learn how to make use of one’s lack of occupation, precludes one from ever discovering how to enjoy it. In fact, it renders that condition fearsome, its prospect intolerable. You are terrified of being bored — so you turn on the television.

Young people today seem to have no desire for solitude, have never heard of it, can’t imagine why it would be worth having. In fact, their use of technology — or to be fair, our use of technology — seems to involve a constant effort to stave off the possibility of solitude. As long ago as 1952, Trilling wrote about “the modern fear of being cut off from the social group even for a moment.” Now we have equipped ourselves with the means to prevent that fear from ever being realized. Which does not mean that we have put it to rest. Quite the contrary. Remember my student, who couldn’t even write a paper by herself. The more we keep aloneness at bay, the less are we able to deal with it and the more terrifying it gets.

Which is why massive festivals have exploded like manic Murakami mushrooms after a radioactive rain. Having produced and marketed music festivals I am keenly aware that it’s not just the lineup that sells the ticket. “The Internet is as powerful a machine for the production of loneliness,” adds Deresiewicz, “as television is for the manufacture of boredom.” The same technology that allows us to be more connected than ever before, on its flip side, perhaps even simply through contrast, has increased our capacity for loneliness. We have built up a new tolerance level, and all we do is want more, more, more. Hence the compulsive need to feel a part of something, something massive, surrounded by hundreds of thousands of other people, all experiencing the same trending topic together as it scrolls by. Of course, it helps that adding music to the cocktail lends a self-transcending aspect to the experience — as does rolling or tripping or being stoned or drunk, which, lets face it, you probably are if you’re at a festival. Taking part in these massive social experiences has become a default rite of passage, an almost religious annual ceremony, and, perhaps, an addiction like any other, demanding we keep upping the dose at every tinge of the creeping withdrawal that is loneliness.

So, as the legions prepare to head to the desert this weekend to score a fix at the kickoff to the annual music festival season (the first of the 2010’s) that is Coachella, and as the rest of us, too, keep tap tap taping our QWERTY keys and touchscreens like pushing the air-bubbles out of a syringe, Deresiewicz reminds us: “We are not merely social beings. We are each also separate, each solitary, each alone in our own room, each miraculously our unique selves and mysteriously enclosed in that selfhood. No real excellence, personal or social, artistic, philosophical, scientific or moral, can arise without solitude. To remember this, to hold oneself apart from society, is to begin to think one’s way beyond it.”