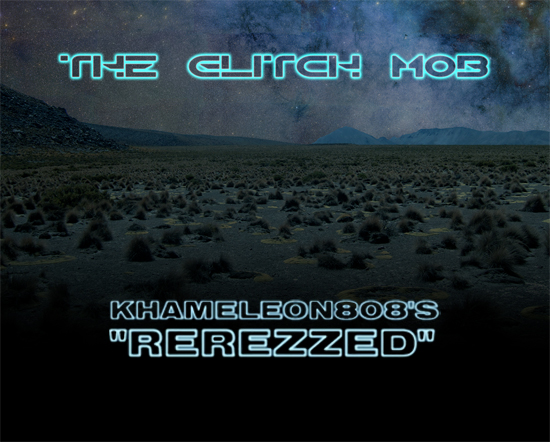 Back in the spring, when I was writing a post about Why Iron Man is The First 21st Century Superhero, I came across this awesome Iron Man trailer remix created by Mike Relm. The remix was so rad, in fact, that when Jon Favreau, the director of Iron Man, brought it to the attention of Paramount and Marvel, they hired Relm to do an official TV spot for the film in his signature style.

Some months later, I saw a beyond-epic 9-minute long video, called “The Apple Tree,” featuring VFX shots, action clips, and dance sequences from like 700 different movies in a mind-scrambling montage scored to The Glitch Mob‘s music. New York Magazine, which got a hold of the video in September, called it “intense,” and, indeed, if by the end of The Apple Tree you don’t experience the overwhelming need to get in your car and drive somewhere immediately with the volume up, the windows down, and the needle in the red the whole way, you’re probably dead. The first time I watched it I literally had to hit pause like every 30 seconds just to catch my breath. But more than simply an adrenalized ad for special effects, The Apple Tree video is really a piece of art, using montage not so much to tell a story but rather to relate sound to motion, each cut creating its own blast of synesthesia. Among the clips used in the video were a handful from the forthcoming Tron: Legacy sequel due out in December, which picks up where the classic 1982 movie left off.

And that’s when I got an idea… I brought this idea to The Glitch Mob, who got Khameleon808, the auteur behind the Apple Tree on board; we picked a track, Animus Vox, off their new album, Drink The Sea, and now, a few months later, I’m suuuuuper excited to announce this new piece of total fucking awesome!

A Tron mashup crafted by an unemployed movie fan made a big impression on Tron: Legacy producer Sean Bailey, who singled out the clip during a recent Los Angeles press conference.

While discussing Tron: Legacy’s viral-marketing campaign, Bailey saluted the trailer made by 31-year-old Josh Prescott. The DIY filmmaker took Daft Punk’s electronica as a stylistic point of departure for his own sequence of beauty shots culled from promotional trailers and music videos for the 3-D sci-fi sequel.

Prescott’s “Rerezzed” clip, which glides along on music by Los Angeles-based trio The Glitch Mob, caught the eye of Bailey and other Tron: Legacy filmmakers.

At the time of this update the video has been viewed over 85,000 times.

For my crimes in originating the idea for the video, Wired.com called me a “social media maven.”

Congrats to all those involved, Khameleon808 and The Glitch Mob!

March 2, 2011 – The cat is out of the bag: Pitchfork reports Walt Disney Records will release a remix album of the Tron:Legacy soundtrack, Tron: Legacy R3CONFIGUR3D on April 5th. The first track on there is The Glitch Mob’s remix of “Derezzed.” In case you’re wondering what that’s gonna be like, I’ve heard it, and it sounds like what this looks like: