The story of the biggest transformation of our time has a marketing problem: no one knows it’s happening. 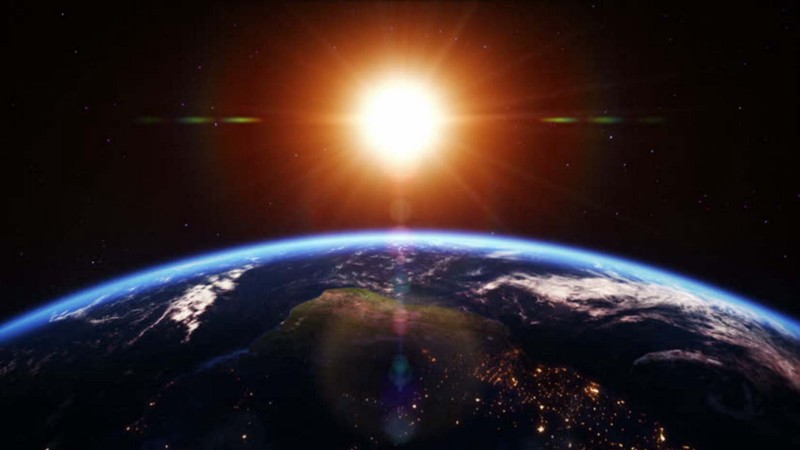 There were many important events that happened in 2016. Some were deafening, trumpeting the seemingly inexplicable ascent of backwards-facing forces. But one event of great historical significance went largely unremarked upon.

In 2016 solar power became the cheapest form of new electricity on the planet and for the first time in history installed more new electric capacity than any other energy source.

Amid the sepia haze oozing from the past’s rusting, orange pipeline, humanity was placing a serious bet on a new kind of future. And you didn’t even know about it.

It was a bit like if you had a source of whale blubber in the 1840s and it could be used as fuel. Before gas came along, if you traded in whale blubber, you were the richest man on Earth. Then gas came along and you’d be stuck with your whale blubber. Sorry mate — history’s moving along.
— Brian Eno

“The beginning of the end for fossil fuels,” according to Bloomberg, occurred in 2013. “The world is now adding more capacity for renewable power each year than coal, natural gas, and oil combined. And there’s no going back…. The shift will continue to accelerate, and by 2030 more than four times as much renewable capacity will be added.”

“While solar was bound to fall below wind eventually, given its steeper price declines, few predicted it would happen this soon,” notes Bloomberg.

Later campaigns for the iPhone didn’t even show the product at all:

– Claim the Narrative of Future –

Two decades ago — back when it was still possible to talk about the future as anything but dystopia — a series of ads painted a striking vision of how that future was going to unfold. “Have you ever borrowed a book from thousands of miles away,” asked the ad voice. “Crossed the country without stopping to ask for directions? Or watched the movie you wanted to, the minute you wanted to?”

“You will,” said the voice, “and the company that will bring it to you: AT&T.”

Today I use a device to do basically 90% of what those ads predicted. (OK, I’ve never sent a fax from the beach, or tucked a baby in from a phone-booth, but you can’t get the Future 100% right). All of these things are so obvious and mundane now we barely even remember — some of us never knew — there was a time before. But, indeed, there was a point when this fantastical world was the future, and the future still seemed like a fantastical world.

There are no grand visions for the future now, no scenarios for humanity that don’t fill us with dread. A dying oligarchy tells us dissolution is freedom; regression is hope. It has disfigured our understanding of what’s happening in our world. The result is a gaping void in our collective vision when we look ahead. 17 years in to our new century there is a desperate hunger for a bright vision for the future, and at the moment arguably no one outside the world of clean energy has a legitimate claim to one. In the end, it’s not about utility bills or net metering laws or even solar panels for that matter. It’s about a vision of a Future worth demanding. Solar has the opportunity to be the voice of that vision for decades to come with a simple, cohesive, culture-focused messaging strategy.