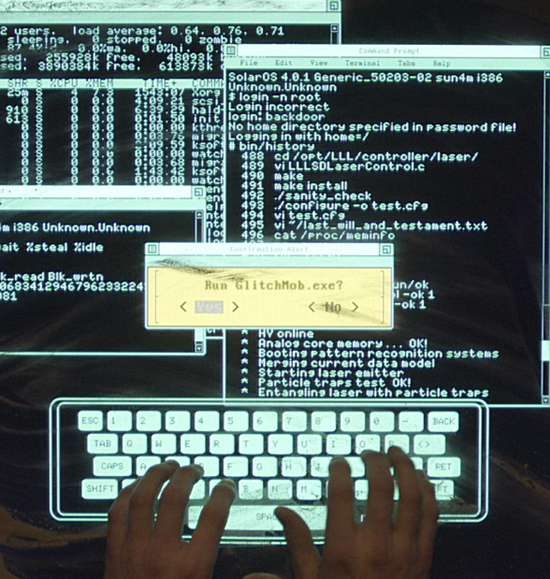 Super late to my own party on this, but here it is:

Last summer, I came up with an idea for The Glitch Mob to do a Tron: Legacy remix video scored to music from their 2010 album, Drink the Sea, and edited by Khameleon808. We released the video in November 2010 and after that lots of things happened.

Sean Bailey, the head of production at Disney, singled the video out at a press conference. It got a writeup on Wired.com, earning me a lovely compliment along the way for instigating this whole thing. And then, in February, The Glitch Mob were asked to do an official track for Disney’s Tron:Legacy R3configur3d remix album, featuring artists like M83, Photek, Moby, Com Truise, and others reworking Daft Punk’s original tracks from the movie score. R3configur3d just dropped last week and The Glitch Mob’s take on Daft Punk’s “Derezzed” is the first track on the album.

To celebrate the release, Khameleon808 re-teamed with the Glitch Mob to create another audio-visual-gasm.