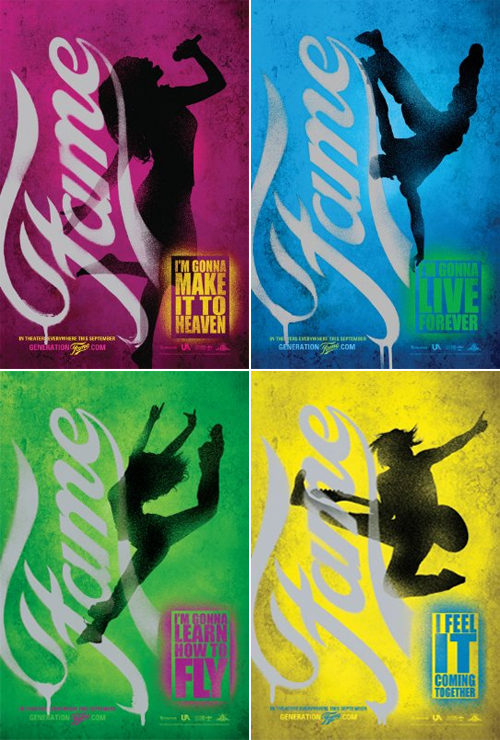 “I think Andy Warhol got it wrong: in the future, so many people are going to become famous that one day everybody will end up being anonymous for 15 minutes.”
– Banksy

Well, it’s the future, and fame has propagated apace with Moore’s law. Thus, it only makes sense that 30 years since the release of Fame, the original High School Musical, the story of a group of students at a New York City high school for performing arts would be getting an iPod ad campaign-style makeover for the Youtube generation. Of course, you can’t tell an authentic story about youth culture, performance arts, and celebrity fetishism relying just on singing and dancing and acting and rapping and music producing and whatnot. In 2009, you gotta have  Circus! And judging from the trailer, the makers of the remake know das whas up: