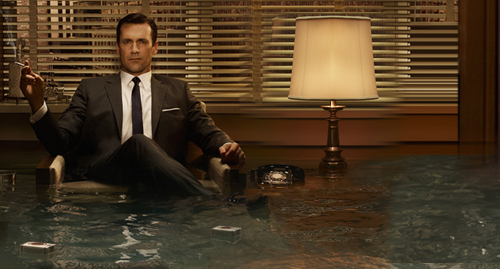 Remember the whole hoopla going on when the characters from Mad Men up and started Tweeting? It was Fall of 2008, the  show was in its second season, and the controversy erupted when AMC started DMCAing Twitter into shutting down these “infringing” accounts. After a huge backlash, the profiles were un-suspended and the rest is history now, but as I was in the process of writing about this whole thing, I happened upon @don_draper‘s Favorites.

I feel like most Twitter users don’t even know that the Favorites function is there, let alone use it, and especially now that the ReTweet feature has been added it seems it gets used even less. But I like Favorites. It’s a nice way to acknowledge Tweets that are personally appealing or meaningful without necessarily having to rebroadcast it out to everyone else. And I’m always curious about the Favorites of other people characters whom I find interesting as well. When I checked out @don_draper’s Favorites, this is what I saw: 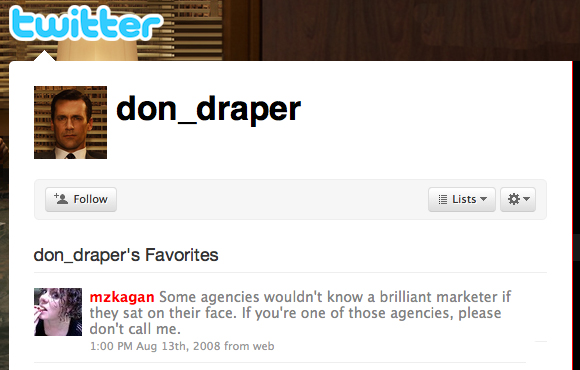 Which is, indisputably, hilarious, and, at the time, was the lone Favorite @don_draper had (now a year and a half or so later, there’s 2). When I checked out this clever @mzkagan person’s profile, it turned out to belong to a super funny, smart, and savvy chick named Marta Kagan, the mind behind What the F*ck Is Social Media, and the US Managing Director at an agency called Espresso. The location indicated on her Twitter profile just so happened to be Boston, my home town, so I added her, and she added me back.

To make a long story short, I have just recently accepted a Strategist position with Espresso, becoming the second hire of the American branch of this progressive Canadian agency. After 6 years in Los Angeles, I’m returning to one of my favorite cities to work with folks who not only make @don_draper’s shortlist, they hate the word “viral” as much as I do (this is an actual image used in a “viral marketing” RFP response we just submitted — 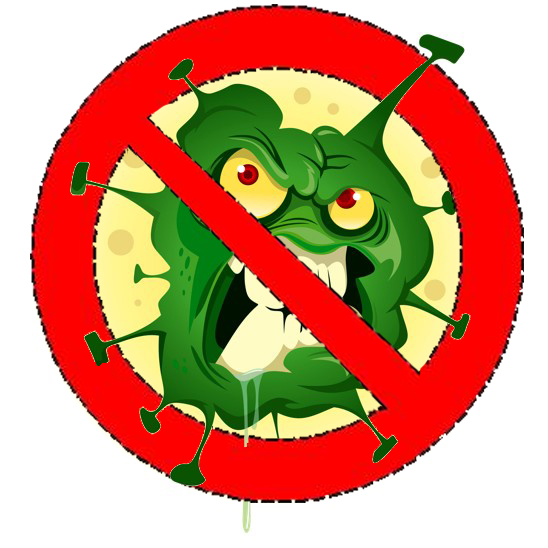 — Seriously!), appreciate the expressive value of a few strategically placed four-letter words, and are not just walking the new digital, social, experiential, integrated walk, they’re running it like the Boston Marathon.

We will be officially opening the doors to our new US HQ at 580 Harrison Avenue in Boston’s historic South End district on March 1st. Don Draper — and everyone else — mark your calendars!