Created by The Glitch Mob’s Justin Boreta, and BRIGHT, Inc., SparkMode is the first artist-owned app that lets you create, edit, & share digital art and design your own custom art products, from prints to decor, and beyond…

). I was a little bit busy. Justin Boreta and I were cooking up a new creative project, called SparkMode.

If you haven’t been to a music festival recently, Boreta is — 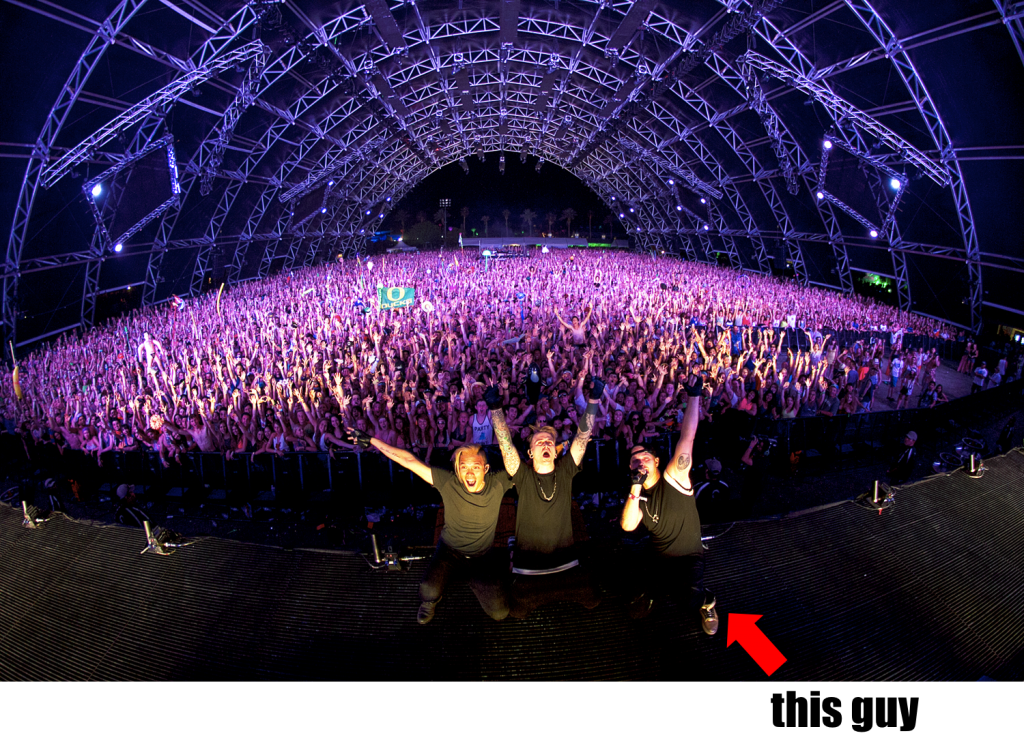 We’ve made some things together before that you’ve watched and clicked and played with. SparkMode is the next step in the evolution of Mirrorgram, an app we launched in the Fall of 2012. More than 2.5 million people created 10 million pieces of digital art with the app, igniting a pop aesthetic that took over music, fashion, and advertising for a bit.

But since those early days when the idea for Mirrorgram was first conceived (on the Glitch Mob tour bus; rock ‘n roll \m/), a lot has changed….

The iPhone has completely revolutionized how we make art.

You and I take this for granted now, but it’s become insanely easy to make art. It used to require really complicated image editing software, and the whole learning curve that came with it. And before computers, you needed years of training and practice to get your creative skills to match your artistic intent.

Now, you can get an app that’ll let you create cool stuff with a few taps in seconds. It’s a totally new relationship to the process of making art. It’s simple, it’s effortless, it’s fun. It’s an instant jump from inspiration to execution.

But why stop at the screen?

As Boreta says, “I love the feeling of getting art made into tangible things you can feel with your hands.” 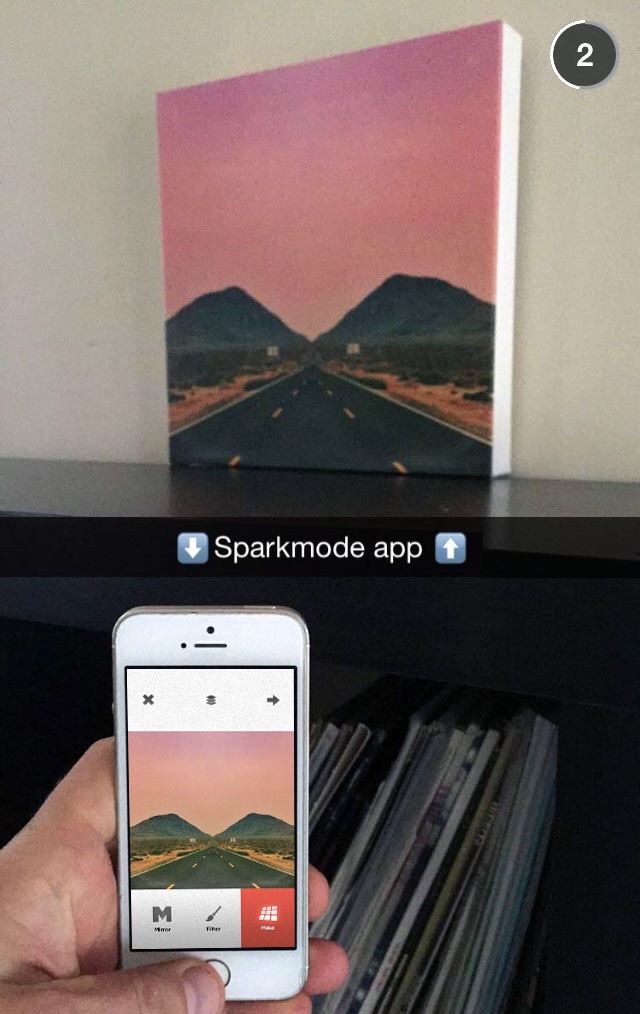 SparkMode allows you to create art with app simplicity in a new medium — physical space.

In SparkMode you can layer multiple image effects to create kaleidoscopic patterns, trippy, abstract art, and beautifully symmetrical photo edits; and you can design physical art to make your offline world more beautiful, too. Order your creations through the app, and get them shipped to you anywhere in the world. We’re starting with canvas art, stickerbooks, and prints, and plan to expand into new creative mediums in 2015.